(This has been revised since its original publications to address comments we have received.)

At the ABA Annual Meeting last week, the Illinois State Bar Association (“ISBA”), the New York State Bar Association (“NYSBA”), and several ABA entities sponsored Local Resolution 402 (hereafter, the “ISBA Resolution”) in an effort to stop the entire ABA – if not the entire American legal profession – from permitting non-lawyer ownership of law firms, in any form.  The entire ISBA Resolution, as originally presented, read as follows:

This “mom-and-apple-pie” resolution – No fee splitting! No nonlawyer ownership! – sought to slam the brakes on any regulatory innovation that would allow nonlawyers to have an interest in private law firms.  But if the ISBA and its co-sponsors thought this would sail through the ABA House of Delegates, they had another think coming.  In fact, they arguably ended up with a worse result than if they had never proposed the resolution at all.

We do not have the time or space to provide a complete treatise on non-lawyer ownership.  Those who want one should read the 114-page Report of the NYSBA Task Force on Non-Lawyer Ownership dated November 17, 2012, which is quite comprehensive and generally critical of the concept, though now somewhat outdated.  The NYSBA’s antipathy toward non-lawyer ownership is hardly surprising, since the Model Rules mandate, with some minor exceptions, that “[a] lawyer or law firm shall not share fees with a nonlawyer” [MR 5.4(a)] and that “a lawyer shall not practice with or in the form of a[n] . . . association authorized to practice law for a profit if a nonlawyer owns any interest therein. . ..” MR 5.4(d)(1).

Nevertheless, the ISBA Resolution encountered substantial resistance  from, among others, several ABA Standing Committees under the rubric of the ABA Center for Professional Responsibility, the ABA Standing Committee on Delivery of Legal Services, the Chair of the ABA Innovation Center (apparently speaking in his personal capacity), and others.  These groups perceive that the current lawyer-centric model of law firm ownership is not working, particularly for poor and middle-class people.  As described in the February 2020 Report of the New York County Lawyers’ Association on For-Profit Online Legal Matching Services, among many other similar reports, a large swath of American society does not hire lawyers because it cannot afford them, a situation that has resulted in a dearth of lawyers in small and rural towns and a widening “justice gap” throughout the country between those who need legal services and those who can afford them.  Notwithstanding the organized Bar’s efforts to hold the line on “core values”, consumers of legal services are voting with their feet.  Rather than use lawyers, middle-class clients use online document providers like LegalZoom, or appear pro se in landlord-tenant and consumer debt cases, often with disastrous results.  In fact, just 18 months ago, at its 2020 Midyear Meeting, the ABA passed Revised Resolution 20M115, which encouraged U.S. jurisdictions to “consider innovative approaches to the access to justice crisis in order to help the more than 80% of people below the poverty line and the many middle-income Americans who lack meaningful access to effective civil legal services”, and “to consider regulatory innovations that have the potential to improve the accessibility, affordability, and quality of civil legal services,” while explicitly not recommending any change to MR 5.4.    The Revised Report accompanying that Resolution cited with approval nonlawyer ownership models from Arizona and Utah, as well as nonlawyer ownership recommendations from various Bar organizations.

The ISBA Resolution could only be construed as an attempt to reverse Resolution 20M115, and to stifle this type of regulatory reform.  Maybe this had appeal 20 years ago.  But today, it ignores several real world facts, highlighting how much has changed in the delivery of legal services in the last decade.

First, despite the absolute prohibitions on fee splitting and nonlawyer ownership (“NLO”) in most U.S. jurisdictions, at least three states permit some form of NLO and others are actively considering it.  The District of Columbia has long permitted limited NLO (by nonlawyers who help service firm clients), but in the last few years Utah has developed a “regulatory sandbox” to experiment with NLO business models – often called Alternative Business Structures (“ABS”) under state regulatory supervision, while Arizona has gone all the way, repealing its version of MR 5.4 and permitting ABSs with few restraints.  England, Australia and New Zealand allowed the same thing years ago while requiring close regulatory oversight. These experiments are being closely watched.

Second, we have had non-lawyers providing “legal services” on a mass scale for years.  LegalZoom and other online document providers, after fighting off several regulatory challenges,  are now well-established.  So are private services who match lawyers with clients and are paid based on the volume of work done, a form of fee-splitting.  Both of these services operate under the regulatory radar, but generate millions, if not billions, of dollars in revenue each year with few if any consumer complaints.  While most bar regulators have tended to ignore them, – Florida and California are among the exceptions -- a simple Google search shows that there are dozens of these services out there, with untold numbers of clients and lawyers using them.

Third, there is litigation financing, where large investment banks and venture capital funds finance (or “invest”) in lawyers or law firms on a non-recourse basis, paying large sums of money for an interest in some or all of the firms’ case inventory.  Though the New York City Bar Association’s Committee on Professional Ethics, in N.Y. City 2018-5 (2018), said that this form of non-recourse financing violated New York’s version of Rule 5.4, this has not stopped the litigation funding industry and, to date, no court or regulator has used Opinion 2018-5 as a basis to attack non-recourse litigation funding.  The difference between nonlawyer ownership of a legal service provider and the widely accepted practice of a nonlawyer funder advancing millions of dollars secured by a law firm’s caseload is hard to discern.

Now, don’t get me wrong – ABSs are no panacea.  So far, no one in any jurisdiction that permits ABSs has developed a model that has made a significant difference in providing legal services to poor and middle-class clients. And some ABSs have failed spectacularly:  Slater & Gordon, a publicly-traded law firm in Australia, became insolvent in 2017 amidst a government investigation, while in the early 1900s, a scandal involving a nonlawyer owned corporation providing legal services to the poor in New York led to passage of N.Y. Jud. Law § 475, which prohibits corporations from practicing law.

But Utah has shown there can be a happy medium.  Under Utah’s “regulatory sandbox,” ABSs can apply to the Utah Commerce Administration for permission to operate in Utah with regulatory supervision.  This allows testing of NLO service models in a controlled environment that minimizes the risk of public harm.  Only through this type of experimentation can we hope to close the “justice gap.”

The ISBA’s effort failed. In the end, the ABA House of Delegates passed the ISBA Resolution but only after adding the following to the original paragraph we quoted at the beginning:

FURTHER, Resolved and recognizing the importance to the profession and public of the core values embodied in Model Rule of Professional Conduct 5.4  . . . that nothing in this Resolution should be construed as recommending any change in or abrogating in any manner existing ABA policy as embodied in Resolution 20M115 adopted by this House at its 2020 Midyear Meeting.

By adding the reference to Resolution 20M115, the ABA House left room for, and even encouraged, the very innovation that the ISBA Resolution was trying to stop!

The tension between the two Resolutions, and between the language discouraging NLO and encouraging lawyer regulation, indicates that the proponents of the ISBA Resolution and its opponents ended up with a draw.  This was unthinkable ten or twenty years ago, when the mere possibility of ABSs was considered anathema by a large majority of the House.  The old order is changing, whether lawyers like it or not.  The need to address the “justice gap” and to address the advent of new technologies is simply too great to ignore.

So the next question is:  when is the regulatory sandbox coming to New York?

[The regulatory sandbox] allows testing of NLO service models in a controlled environment that minimizes the risk of public harm. Only through this type of experimentation can we hope to close the 'justice gap.' 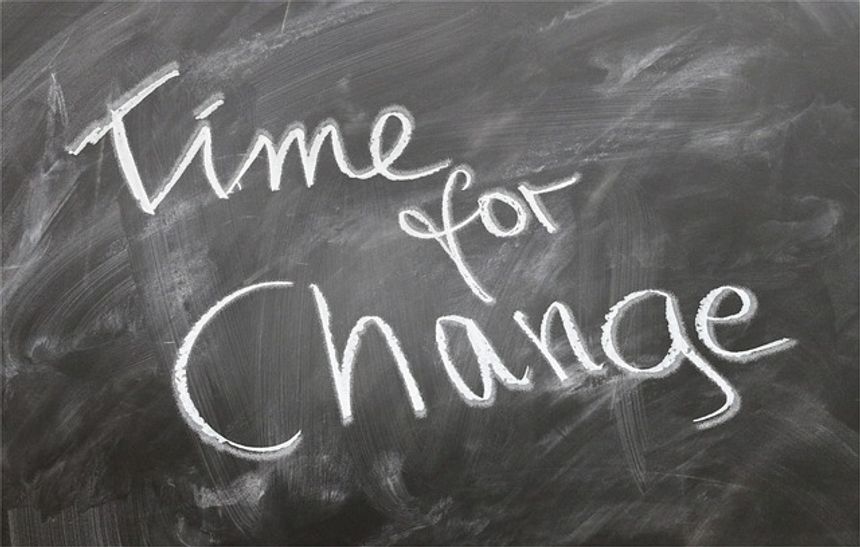