Upsolve addresses – and approves – a radical solution to a dire problem.  Upsolve, a not-for-profit organization, trains non-lawyers to provide limited legal advice to lower-income New Yorkers who face debt collection actions.  Because so many defendants in those actions are pro se – a Pew Charitable Trusts survey sets the number at 90%, with 70% ending in default judgments [M. Reynolds, “Federal Judge Greenlights Legal Tech Company’s Use of  Nonlawyers for Legal Advice” (ABA Journal, May 26, 2022), citing Pew Charitable Trusts survey] – the New York court system has created a one-page “check-the-box” answer form for these defendants to fill-in to avoid default.  Upsolve’s goal is to train non-lawyers to assist defendants to complete the forms and file a proper answer.

Upsolve crafted its training program in an effort to avoid any future claim that the non-lawyers it trained were engaged in the unauthorized practice of law (“UPL”), which is still a crime in New York.  See N.Y. Jud Law §§ 476-a, 478, 484, 485.  The trainees, known as “Justice Advocates”, would use a training guide when helping others to fill out the form.  The training manual requires the Justice Advocate to make clear that they are giving limited advice (only on how to fill out and file the Answer form), and that they will refer the client to a legal services agency if the client’s legal needs go beyond that.  The Justice Advocates must sign an affidavit saying they will follow the New York Rules of Professional Conduct regarding conflicts of interest, confidentiality and informed consent, and will provide their services free-of-charge.  They are warned that if they violate these guidelines, they can be terminated from the Upsolve program or be prosecuted for UPL.

But Upsolve went even further to protect itself and its Justice Advocates from a UPL claim.  It filed a federal lawsuit to enjoin the New York Attorney General from enforcing the UPL statutes against the Justice Advocates program – even though the AG had neither brought charges nor threatened to do so. Upsolve argued that such enforcement would violate Upsolve’s and the Justice Advocates’ First Amendment rights.  In a rather surprising decision, Judge Crotty granted the injunction.

Judge Crotty’s decision centered on whether Upsolve was likely to succeed on its First Amendment argument.  In three distinct stages, he steered the First Amendment analysis so as to allow him to apply “strict scrutiny” to any attempt to regulate Upsolve’s activities.

First, despite noting that, in the absence of an attempt to enforce the rules against Upsolve, the challenge would normally be considered “facial” (an attack on the Rules of Professional Conduct themselves) and thus, because of its breadth, “highly disfavored” [Upsolve, Slip Op. at 10], Judge Crotty viewed “the more sensible approach” as treating this as an “as applied” challenge.  Id. at 10-11.  This was because the challenge focused only on Upsolve’s narrowly-directed program.  “They seek to allow members of a specific group to give legal advice about a specific legal topic – debt collection cases – with specific parameters about how those member would go about giving that advice.”  Id.

Second, despite conceding that “lower courts have overwhelmingly concluded that UPL statutes [are generally given broad deference] because they regulate professional ‘conduct’” and only incidentally involve speech – for example, they may regulate the provision of legal advice, but only in connection with a legal activity, such a trying a case or writing a will – that is not so with Upsolve.  Id.. at 17-18. All the Justice Advocates do is provide “out-of-court verbal advice,” and any UPL prosecution would seek to regulate pure speech.  This requires strict scrutiny. Id.

Third, the Court found that legal advice was not among “the special categories of pure speech that the government can regulate without scrutiny.”  Id. at 25.  The Court held that only “a type of speech . . . historically rooted in a tradition of regulation going back to the [f]ounding” of the U.S. fits within that category.  Id.  Legal advice, the Court found, had not been regulated for that long – only since the post-Reconstruction period.  Id. at 25-26.

Having found that any attempt to regulate Upsolve’s program required “strict scrutiny,” the Court upheld the First Amendment challenge.  While recognizing the public benefit of having UPL statutes, he found that rationale “less compelling in the context of Plaintiffs’ specific, narrow mission.” Id. at 27.  He noted the numerous client protections featured in the training manual, including required compliance with the ethics rules, providing services for free, and disqualification from the program for failure to comply.  Moreover, implementing the Upsolve program promotes judicial efficiency:  “more New Yorkers will respond to their lawsuits and begin th[e] adversarial process, rather than default entirely,”  as they are doing now.  Id. at 28.  In this limited context, the Court found, First Amendment considerations outweighed the need for UPL regulation.

I am no First Amendment scholar, but even I can see that the Court’s argument is rather labored, as the Court dances around concededly contrary precedent to achieve what it perceives as the correct result.  More concerning is the notion that legal advice disconnected from “conduct” – as a lot of legal advice is – may have more First Amendment protection and thus be less subject to regulation.  If the advice to be provided by Upsolve were provided instead by an unadmitted “notario” for a fee, would it really be less subject to First Amendment protection?  If so, why?  If not, does that result adequately protect the public?

Still, from the standpoint of access to justice, the decision to allow Upsolve to pursue its program is the right one.  The need is indeed great:  as noted, many litigants in consumer debt cases default because they cannot find or cannot afford a lawyer.  While legal services agencies claimed, in amicus briefs, that they “do not turn away clients,” the fact is, as the Court noted, that “the State’s own forms encourage defendants to file their answers pro se,” indicating that these lawyers are not meeting the existing need.  Id. at 29.  Upsolve’s “program does not need to reach every potential client to strengthen the legal system.”   And strengthen the legal system it will!

But there has to be a better way for a program like Upsolve to exist than fighting dodgy constitutional battles.  As Jacoby & Meyers, LLP learned five years ago when it challenged New York’s rule against nonlawyer ownership so it could more easily raise capital to serve its middle-income clientele, such attacks on the existing order often go down to  defeat.  Jacoby & Meyers, LLP v. Presiding Justices of the First, Second, Third & Fourth Departments, 852 F.3d 178, 181 (2d Cir. 2017).  Who knows if Judge Crotty’s decision will survive appeal?  Three preferred solutions immediately come to mind.

First, we can redefine the “practice of law” to exclude the type of service that Upsolve is providing:  one aimed at indigent clients, pursued under tight controls, containing consumer protections, and with no monetary incentives for abuse.  As just one example, we make similar exceptions to the rule prohibiting compensation for lawyer “recommendations” under Rule 7.2(b), by allowing legal services organizations, Bar association referrals and union plans, among others, to be compensated for referrals.  We can do the same thing with the UPL statutes and rules.

Second, we can also develop a program to allow licensed nonlawyers to provide certain limited legal services, such as filling out bankruptcy forms, assisting with uncontested divorces, answers in  consumer debt parts, and the like.  As pointed out in Upsolve, Wisconsin, Washington, Arizona and California, among other jurisdictions, have allowed some form of nonlawyer assistance.  Upsolve, Slip Op. at 30.  Even New York allows Housing Court navigators to provide limited guidance to pro se litigants in the courthouse.

Third, New York should follow Utah’s lead and develop a “regulatory sandbox,” where those who wish to explore legal services models outside our current regulatory structure can do so under tight supervision.  Upsolve’s program would have been a perfect fit for that model.

The short of it is that we continue to strictly adhere to a regulatory structure that is not meeting the needs of indigent and middle-class litigants, who simply cannot afford to hire a lawyer and have little choice but to handle their problems pro se.  We are constantly told that our existing lawyer regulatory structure, allowing only lawyers to provide legal serviced, is the only way to protect the public and uphold “core values” of our profession.  It is as if doctors suddenly decided to get rid of registered nurses, nurse practitioners and the like, because it is better to have no medical help at all than a “lesser” service.

We know that is not true for medicine, and we know it is not true for us. As Judge Crotty implicitly found, the Upsolve program will satisfy our profession’s “core values” despite the fact that its Justice Advocates will  not be lawyers.  We will never know if other, equally useful and protective alternative models can be developed unless we create regulatory structures to let people try.

[W]e continue to strictly adhere to a regulatory structure that is not meeting the needs of indigent and middle-class litigants, who simply cannot afford to hire a lawyer and have little choice but to handle their problems pro se. 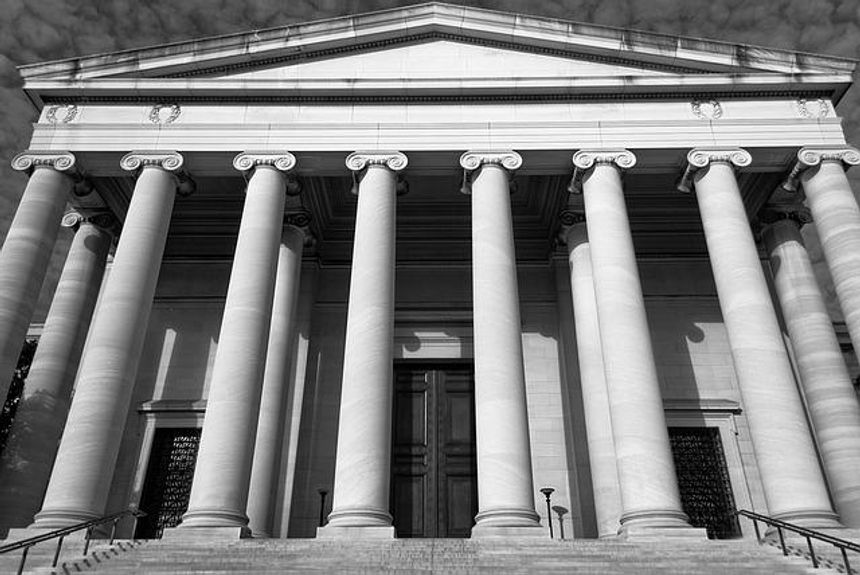