New York is no stranger to anti-discrimination laws.  The value of treating individuals equitably is, of course, imbued in our state law (which establishes a formal Division of Human Rights to resolve discrimination claims) and much of our local law (NYC, for example, has its own body of Human Rights Law recognizing a unique set of protected characteristics that musn’t serve as a basis for discrimination).  But that value is also enshrined within our Rules of Professional Conduct, and most directly through Rule 8.4(g)’s prohibition on “unlawful[] discriminat[ion] in the practice of law, including in hiring, promoting or otherwise determining conditions of employment on the basis of age, race, creed, color, national origin, sex, disability, marital status or sexual orientation.”

Yet the Rule sets forth an unconventional process for invoking the disciplinary process.  The rule states:

Where there is a tribunal with jurisdiction to hear a complaint, if timely brought, other than [an Attorney Grievance] Committee, a complaint based on unlawful discrimination shall be brought before such tribunal in the first instance. A certified copy of a determination by such a tribunal, which has become final and enforceable and as to which the right to judicial or appellate review has been exhausted, finding that the lawyer has engaged in an unlawful discriminatory practice shall constitute prima facie evidence of professional misconduct in a disciplinary proceeding . . .

In other words, the Rule requires that a claimant first file a complaint based on discrimination with a tribunal other than an Attorney Grievance Committee (AGC), that is, if the complainant can do so within the relevant statute of limitations.  This requirement in New York's version of Rule 8.4(g) is different from the ABA Model Rule, which does not contain the same procedural hurdles (for more on ABA Model Rule 8.4(g), see my earlier blog post here).

But this leaves some questions unanswered.  What if the relevant statute of limitations has run out?  Can a complainant still file before an AGC then?  And if the complainant has indeed filed an action setting forth their discrimination claims in court, do they have to wait until that court has resolved them before filing their AGC complaint?  Does the Rule even allow the AGC to review the complaint before the earlier-filed action is resolved?

In Formal Opinion 2020-4 (the “Opinion”), the City Bar’s Professional Ethics Committee recently offered answers on these and other questions related to Rule 8.4(g).  Here are the key takeaways:

The Opinion appropriately began with the more foundational question of what “unlawful discrimination in the practice of law” means, since the phrase is not defined under the Rules.  Based upon the plain meaning of the terms “unlawful” and “practice of law,” the Opinion concluded that Rule 8.4(g) prohibits a lawyer from discriminating against another person in a manner that violates a statute, regulation, rule or order, provided that discrimination relates to, or arises out of the lawyer’s practice.  Thus, the Opinion provides that a lawyer could be subject to discipline for refusing to hire someone on the basis of race, for failing to pay employees equitably based upon their gender, for engaging in sexual harassment of an employee, or for any other conduct in the course of practicing—whether that conduct is employment-based or not—that is separately prohibited under law (e.g., refusing to represent prospective clients on the basis of a protected characteristic if such conduct has been deemed to violate an applicable anti-discrimination law).

The Opinion also clarifies that a claimant can file a grievance before an earlier-filed proceeding is resolved or before alternative remedies are exhausted.  The reason is simple: according to the Opinion, nothing in the language of Rule 8.4(g) requires that a claimant exhaust their remedies.  And while an AGC may have good reason, as a practical matter, to wait for a claimant’s action in the other tribunal to be resolved—especially since a final determination that a lawyer has engaged in discrimination constitutes under Rule 8.4(g) prima facie evidence of misconduct in in a disciplinary proceeding—there may be equally compelling reasons that an AGC address a Rule 8.4(g) complaint prior to resolution in the other tribunal.  For example, according to the Opinion, an attorney’s alleged misconduct may be so egregious that an AGC may want to consider whether interim suspension is appropriate until the matter can be fully investigated.  Or an AGC may want to quickly dispose of a grievance if the allegations clearly do not give rise to a violation of Rule 8.4(g).  Particularly given the AGC’s concurrent ability to regulate violations of Rule 8.4(h)—the “catch-all rule” under which the AGC has also historically disciplined attorneys for discriminatory conduct and which does not include the same pre-conditions for filing AGC complaints as Rule 8.4(g)—the Opinion saw no basis in the text or history of Rule 8.4(g) limiting an AGC’s oversight to only those Rule 8.4(g) claims that have already been fully adjudicated or resolved in other tribunals.  Rather, an AGC can decide whether to investigate the case at that time, or defer its investigation until the other tribunal has issued a final decision.

The Opinion also addressed whether the expiration of statute of limitations bars an individual from bringing a grievance under Rule 8.4(g), a further question left open by the Rule’s language.  The Opinion pointed out that as a preliminary matter, there is no language in the Rule to suggest that a claimant forfeits their right to file a grievance if the statute of limitations has expired on that claim.  Indeed, Rule 8.4(g)’s requirement that a discrimination complaint be filed in another tribunal is only triggered if the complaint can be “timely filed.”  The more critical issue, as emphasized in the Opinion, is whether precluding a claimant from filing an AGC complaint due to the expiration of the statute of limitations would frustrate the immediate goals of the Rule.  The Opinion concludes that it would, particularly to the extent that it would “prevent the profession from properly regulating misconduct that often goes unreported due, in part, to the trauma that frequently accompanies discrimination and harassment.”  Allowing a claimant to file a grievance even though a statute has expired therefore complies with anti-discrimination spirit of Rule 8.4(g) and is consistent with a present-day understanding of the debilitation accompanying experiences of discrimination, according to the Opinion.

In short, Formal Opinion 2020-4 provides much-needed guidance on how individual claimants may invoke Rule 8.4(g)’s prohibitions, particularly in comparison to other available mechanisms for addressing discrimination.  But the Opinion is also useful for practitioners in understanding the scope of conduct that might violate the Rule.  Practitioners would do well to review how discrimination is defined and what discriminatory conduct has been deemed unlawful by law, regulation, rule, or court order in their jurisdiction, lest they inadvertently run afoul of Rule 8.4(g) in the course of their practice. Certainly, in light of its interpretation in Formal Opinion 2020-4, Rule 8.4(g) has taken on sharper teeth—or at least a wider “mouth” by which claimants can enforce its prohibitions—than before.

Practitioners would do well to review how discrimination is defined and what discriminatory conduct has been deemed unlawful by law, regulation, rule, or court order in their jurisdiction, lest they inadvertently run afoul of Rule 8.4(g) in the course of their practice. 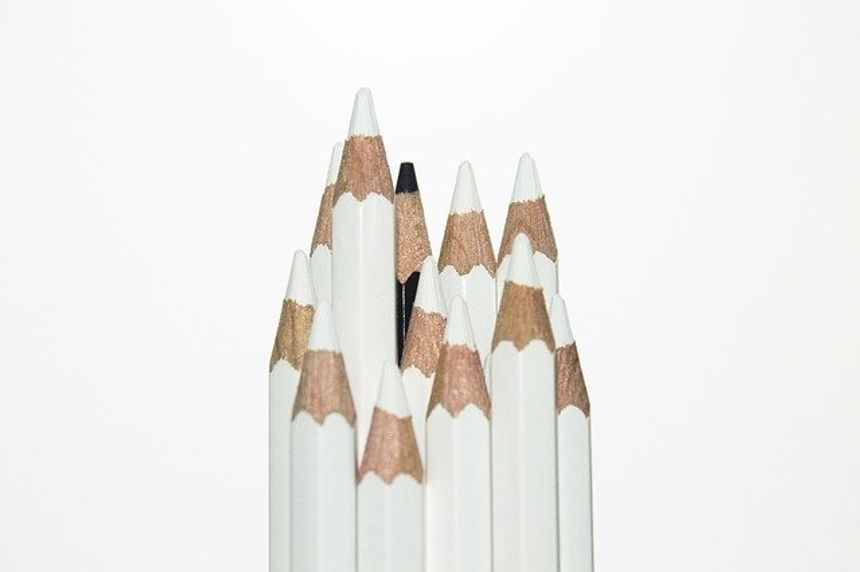