Late last month, Law360 reported on a trademark dispute over the use of the name "TigerLaw." In American Association of Motorcycle Injury Lawyers Inc. v. HP3 Law LLC et al., an Arizona-based legal trade association, which held trademark rights in the name "Law Tigers," sued an Illinois law firm that was using the nickname "TigerLaw."

The Law Tigers argued that the Illinois firm's name was confusingly similar and therefore infringed their trademark rights. This is by no means the first law firm trademark dispute.

Earlier this year, a law firm called Thrive IP sued another firm operating under the name Thrive Law, in Stipkala & Klosowski LLC v. Thrive Law PA. In Florida, a federal judge denied a law firm's request for a preliminary injunction in a trademark lawsuit, Simon et al. v. Nicholson Injury Law PA et al., against a competitor firm over the use of the phrase "Simon Says." And in Florida, Texas and Colorado, law firms are arguing over the rights to use certain words or phrases in their branding and advertising.

These cases highlight some of the issues unique to law firms that are seeking to create protectable brands that comply with the ethics rules governing law firm names and advertising. The ethics rules and trademark law can sometimes pull a firm in opposite directions, forcing lawyers to balance their ethical obligations with their desire to create a protectable brand.

In this article, we will discuss these considerations as well as practical issues that may arise during the life of a law firm's brand.

Rule 7.1 of the American Bar Association's Model Rules of Professional Conduct states that a lawyer "shall not make a false or misleading communication about the lawyer or the lawyer's services." Although the model rules are merely advisory, each jurisdiction has adopted its own version of Model Rule 7.1.[1]

A law firm's website, letterhead and other documents listing its name, slogan or other brand are communications that are subject to Model Rule 7.1.[2] As a result, when a law firm is thinking about adopting a new name, slogan or descriptive text, it must ensure that such branding is not misleading to the average reader.

For example, a solo practitioner cannot name his firm "John Smith & Associates" if John Smith is the only lawyer and there are no other associates.[3] Similarly, a law firm with a single office in California should think twice before marketing itself as a "national, full-service law firm" if the law firm only has lawyers admitted in one or two jurisdictions and must hire local counsel everywhere else.

In addition, law firms should consider whether they may operate under a trade name, which is defined by the ethics rules as a firm name that contains words other than the names of its lawyers. The answer depends on the states in which the firm operates.

Many states follow the current version of the model rules and permit trade names so long as they are not misleading. New York, for instance, recently amended Rule 7.5 of the New York Rules of Professional Conduct to permit firms to use trade names provided the name meets certain requirements.[4] New Jersey also recently amended its ethics rules to permit the use of trade names.[5] Other jurisdictions, however, still require that law firm names contain the name of at least one member of the firm (e.g., "The Smith Tax Law Firm" or "Smith & Jones LLP").[6]

The conflicting ethics rules across state lines pose challenges for law firms operating in multiple jurisdictions and can require clunky workarounds or adherence to the rules of the most restrictive jurisdiction. Understanding these rules is an important starting point for any firm that is developing and protecting a brand.

Is a Law Firm Name Protectable?

After considering the relevant ethics rules, a firm interested in protecting a name or slogan as a trademark or brand should start by asking: Is the brand inherently distinctive? If not, has it been used sufficiently to have acquired distinctiveness?

A primary tenet of trademark law is that suggestive, arbitrary and fanciful terms are inherently distinctive and, thus, entitled to federal protection as trademarks once they are used in interstate commerce.[7]

For example, the name "Law Tigers," or "TigerLaw" for that matter, is likely inherently distinctive. By contrast, generic terms, such as "Global Trial Law" or "Ethics Lawyers" are not protectable,[8] while descriptive marks, such as "Frank's Branding Shop" for an intellectual property law firm or "New York Property Advocates" for a real estate firm, are not protectable until they have acquired distinctiveness, that is, until they have been used enough that consumers recognize them as brands and not as merely describing the services offered.[9]

Like descriptive terms, trademarks comprised of a single surname generally are not protectable until they have acquired distinctiveness. Firms bearing only the last name of a single partner, or a single surname and a generic term such as "Smitty Legal," may well find the U.S. Patent and Trademark Office reluctant to grant registration — at least during the law firm's nascent years — on the basis that consumers are likely to perceive the name of the firm not as a trademark, but as identifying the person providing legal services.[10]

Finally, even trademarks that are inherently distinctive or have acquired distinctiveness are not eligible for registration with the USPTO unless they are used in interstate commerce.[11] Thus, a law firm with a single-state practice should carefully consider whether it is providing services outside of that state before filing an application with the trademark office and signing the requisite sworn declaration that its mark is used in interstate commerce.

The tension between the ethics rules and trademark law can make it difficult for firms to select brands that are inherently distinctive and entitled to immediate protection under trademark law, on one hand, but also stay within the bounds of the ethics rules, on the other hand.

For example, a catchy name such as "Prestige Global Lawyers: Suits in Every Court" may be a protectable trademark, but it could run afoul of the attorney advertising rules if the firm serves only a small number of jurisdictions.

Moreover, firms seeking protectable names under trademark law but operating in jurisdictions that prohibit trade names may be constrained to use trademarks composed of the last names of several partners. In either case, additional issues, such as those described below, may arise during the life of a law firm and are worth considering at the outset.

Departure of a Named Partner

A central concept in trademark law — protecting consumers from confusion about the source and quality of goods and services — applies equally to law firm names. Consider two firms — one named "Walnut Maple & Oak" and the other named "Oak & Maple." If Walnut leaves and her name is removed from the first firm's door, the resulting name — "Maple & Oak" — may very well become confusingly similar to the preexisting "Oak & Maple," resulting in a viable trademark infringement lawsuit.

Conversely, what happens if a named partner starts a new firm using his or her surname? Trademark law likely will allow the existing law firm to continue to use the departing partner's surname as part of its name. On the other hand, the departing partner may be prevented from using his or her surname in the new firm's name, if that name is likely to cause consumers to mistakenly believe that the two firms are associated or affiliated.

Even if trademark law permits a law firm to use the name of a departed partner, the ethics rules may not. For example, while a firm may be permitted to continue using the name of a retired or deceased partner,[12] it likely will be prohibited from keeping her name on the door if the departing partner continues to practice elsewhere since doing so would be misleading.[13]

In addition, an outright prohibition on a partner's ability to use his or her name at a future firm may violate the rule that forbids lawyers from participating in any agreement restricting his or her right to practice in the future.[14]

A firm using a permissible trade name may have an easier time if a founder departs, since the founder likely would not create any confusion by practicing under his or her given name. In either case, law firms should consider addressing these issues in the firm's partnership agreement or other related documents.

When two law firms merge, or one firm acquires another, the parties likely will evaluate the strength of each firm's brand as they decide what to call the newly merged firm. The parties also should consider whether the new firm's name will be permissible in all of the jurisdictions where it intends to operate, including considering whether it is a trade name, misleading or likely to cause confusion with an existing firm.

The acquiring firm may also want to acquire the target firm's trademarks so it can enforce those rights against competitors. This may be difficult to accomplish (though not impossible), especially if the target firm is newer, has a descriptive name or is named after partners who later depart.

During negotiations, the acquiring firm may wish to have named partners assign any trademark rights in their names to the firm, so long as the agreement abides by the ethical restrictions discussed above. Short of securing the rights to individual partners' names, the acquiring firm can also protect logos and other distinctive branding, which will help mitigate any goodwill that could be lost if the acquiring firm cannot continue to use certain surnames.

Finally, as demonstrated by recent court filings, disputes between competing law firms can arise, especially where one firm tries to capitalize on the strength of another's brand. Likely claims can include trademark infringement, unfair competition and false advertising under the Lanham Act, as well as a slew of state and common law claims.

Because these claims are unlikely to be covered by a firm's professional liability policy, a law firm that intends to aggressively enforce or defend its brand, or operates in a marketplace where other firms do the same, should review its insurance policy and consider purchasing additional coverage for potential trademark and advertising injury claims.

Law firms face unique challenges when it comes to protecting their names in the legal marketplace. Whether a firm is just starting up and choosing a name or considering ways to protect its existing brand, its marketing strategy should take into account both the legal and ethical issues that may be in play.

The opinions expressed are those of the author(s) and do not necessarily reflect the views of the firm, its clients, or Portfolio Media Inc., or any of its or their respective affiliates. This article is for general information purposes and is not intended to be and should not be taken as legal advice.

[6] See, e.g., TX Disciplinary R. Prof. Cond. 7.01 ("A lawyer in private practice shall not practice under a trade name, a name that is misleading as to the identity of the lawyer or lawyers practicing under such name, or a firm name containing names other than those of one or more of the lawyers in the firm.").

The ethics rules and trademark law can sometimes pull a firm in opposite directions, forcing lawyers to balance their ethical obligations with their desire to create a protectable brand. 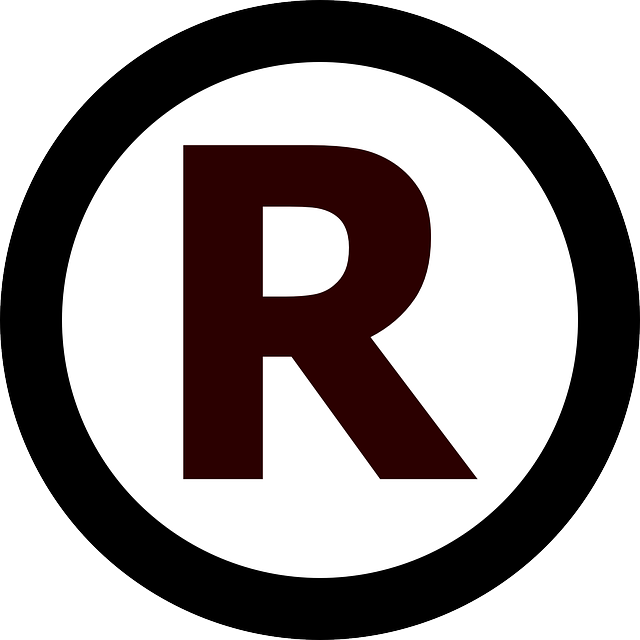 unknownx500
More posts by the authors

TTAB Precedent No. 46: No Abandonment of A.W. SHUCKS
Kimberly Maynard

“My Lawyer Is a Crook!” – Combating Online Reviews in the Digital Age
Jared Benjamin