At its April 4, 2020 meeting, conducted via Zoom with more than 200 participants, the New York State Bar Association House of Delegates (the “HOD”) approved by a large majority the Report of the Task Force on the New York State Bar Examination (the “Task Force”).  The Task Force, headed by Presiding Justice Alan Scheinkman of the Second Department, devoted months to examining New York’s current bar testing regime, which requires applicants to pass the Uniform Bar Examination (the “UBE”, offered in 36 states) and the New York Law Examination (the “NYLE”, an open-book, 50-question multiple choice test taken on-line after the applicant passes the UBE).  The Task Force’s comprehensive Report, 78-pages long with more than 100 pages of exhibits, finds little to like about the UBE and the NYLE, and recommends returning (for the most part) to the testing regime we abandoned three years ago – a combination of a rigorous New York-based Bar Exam, with multiple choice and essay questions, accompanied by the Multistate Bar Exam.

The Task Force’s factual findings are so detailed that we cannot fully do them justice in this space.  Here are the highlights:

The Report goes on to conclude that the absence of rigorous testing on New York law puts the public in jeopardy, as new lawyers are simply not ready to service clients with New York-based problems.  Meanwhile, the UBE caters to a relative minority of law applicants:  those who wish to move to other states in their first three years of practice (the period in which the UBE’s reciprocity rules are effective), and foreign students who want a New York Bar credential without actually practicing here.  The Report fails to acknowledge that the ability to move to another state easily can be a huge advantage for young lawyers, who often must switch states for personal and professional reasons, something they cannot always anticipate when they take the bar exam.  Nor does it acknowledge that in some New York law schools, foreign students make up a significant portion of the student body – and an even higher proportion of those who pay full tuition.

Nevertheless, the Task Force’s observations, based on numerous interviews, academic studies and public forums, led the Task Force to make the following recommendations:

First, eliminate the NYLE, and replace it with a rigorous day of testing on New York law.

Second, require not just law graduates but also those seeking to gain admission to the New York Bar after practicing for five or more years in another state to take this more rigorous New York examination.

Third, bring back the Multi-State Bar Examination, now a distant memory, which the Task Force feels is a better test of legal acumen than the UBE.

Fourth, make the UBE optional, so that only those who think they will need it (foreign students and those planning to move to other states) will take it.

Fifth, suggest improvements to the way the UBE is graded and administered, so that there is a national grading system and it does not discriminate against women by featuring only multiple choice.

As noted, these recommendations, among others, passed the HOD with little opposition.  But if the suggestions look like a rejection of the UBE and a return to our prior New York centered Bar Examination system – and indeed the imposition of new and additional barriers – that appears to be the intention.

There are at least two problems with this.  One is that the issue of how best to test incoming lawyers has been going on for many years, and there are no clear answers.  Certainly, I do not recall anyone being under the illusion that the New York Bar Examination prevented incompetent people from practicing law or meant that new lawyers would not make mistakes and harm clients.  The Report does not show a recent uptick in grievance complaints directed against newly-admitted lawyers.  Nor does the Report satisfactorily explain why the 35 other states using the UBE – fifteen of which have tests similar to the NYLE, and twenty-one do not have any additional test – fail to share these concerns about its adequacy as a testing tool.

Another, and perhaps more important problem, is that abandoning the UBE is a huge step backward for New York.  Instead of dropping barriers to admission across state lines, and thus allowing new lawyers to move more freely from one state to another, as the UBE does, the Task Force Report seeks to do the opposite, raising barriers and in turn inviting retaliation from other states.  The NYSBA fought for fifteen years for the temporary practice rule embodied in 22 NYCRR § 523.01, et seq., precisely because it wanted to allow lawyers to be able to practice in the 21st Century, crossing state and national lines, without worrying that they would be violating the unauthorized practice rules.  Now it wants to deprive younger lawyers of the same ability to move more freely from state to state.

Perhaps worse, the Report specifically states that the requirement of a rigorous New York examination would apply to more senior lawyers in good standing in their jurisdictions seeking to move to New York under our “five out of seven” rule.  See 22 NYCRR §520.10 (allowing lawyers who have practiced five out of seven years in certain jurisdictions to be admitted in New York without retaking the bar examination).  This would be a stunning change, and there is no evidentiary basis for believing lawyers admitted under this rule, which has existed for many years, have proven incompetent.

In the interest of full disclosure, I am a member of the HOD and I shared some of these views from the floor of the meeting.  I was obviously outvoted.  While I agree that the NYLE is not working (make it more comprehensive!), and that the UBE, like all tests of its kind, is imperfect (fix it!), we should not return to a testing regime which just three years ago we decided to abandon – and then abrogate the “five out of seven” rule on top of it.  We should stay the course, and continue to promote a testing regime that encourages interstate practice and better meets the needs of future lawyers – and the public.

[I]f the suggestions look like a rejection of the UBE and a return to our prior New York centered Bar Examination system – and indeed the imposition of new and additional barriers – that appears to be the intention. 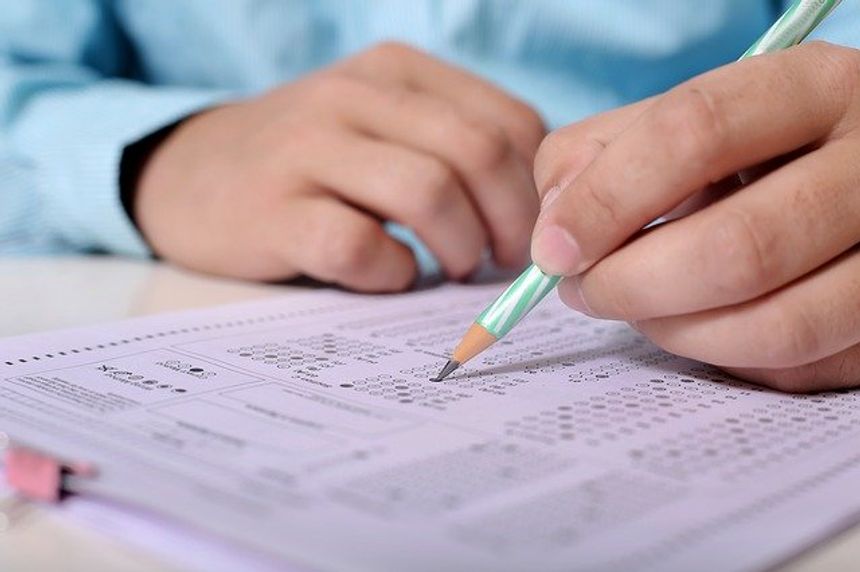